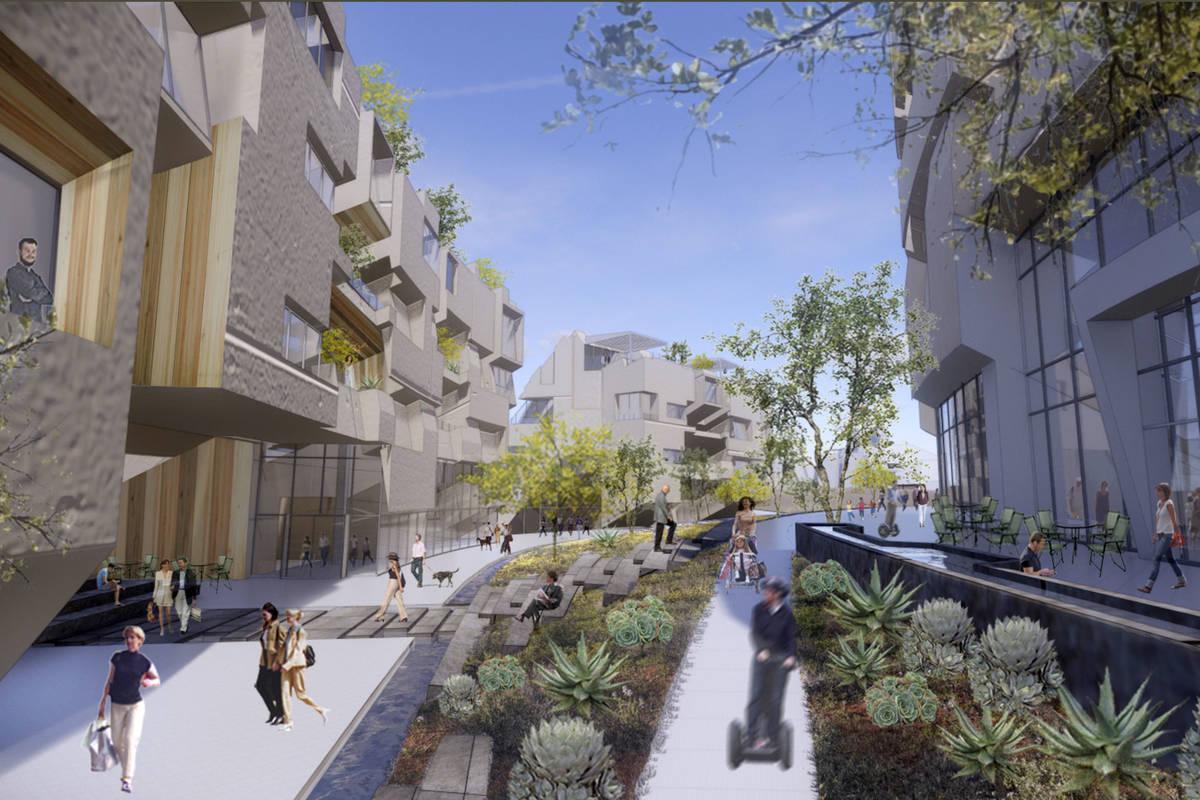 The Storey County Commission voted 2-0 on a motion that included directing county staff to “oppose separatist government control and carve-up of Storey County,” drawing a line in the sand between government local and the governor on the innovation zones proposed by Sisolak. The third commissioner, Lance Gilman, was not present at the meeting.

According to the latest proposed bill, which has yet to be introduced, Innovation Zones would eventually separate from the local county in which they are located and become a separate, independent government body with the same authority as a county in Nevada, including the ability to impose and collect taxes, form school districts and courts of law, and provide government services.

“I find the self-government part to be a no-start,” Commissioner Clay Mitchell said at Tuesday’s meeting.

Sisolak said Blockchains LLC, the Jeffrey Berns-owned tech company that bought 67,000 acres in Storey County in 2018, was committed to building a smart city in northern Nevada that would run entirely on blockchain technology a once the legislation is approved.

Mitchell and Storey County Commission Chairman Jay Carmona Carmona both said they support the Blockchains LLC smart city concept being built in the county. But the county should have more of a say in how it goes and the town should remain part of Storey County, they added.

“Storey County is very capable of meeting the needs of Blockchains,” Carmona said.

One of the issues to be addressed is that the master plan does not allow residential development in the Tahoe-Reno Industrial Heartland, where the majority of Blockchains LLC’s land is located. The plan calls for 3,500 homes in Painted Rock, a smaller portion of the company’s land.

The Blockchains proposal, meanwhile, includes plans for 15,000 homes and more than 36,000 permanent residents.

Carmona said the lack of residential zoning inside the center is one of the biggest draws to attracting business, saying it helps reduce delays that would otherwise slow approvals for businesses.

Storey County Executive Austin Osborne called the separation aspect of the proposal unnecessary and said the Blockchains proposal fits into the county’s master plan for the area which was approved in 2016. without self-government and the construction of houses inside the industrial center.

Mitchell took issue with language in the current draft proposal which states that the traditional local government model is “insufficient on its own to provide the flexibility and resources needed to make the state a leader in attracting and retaining new new forms and types of enterprises and promote economic development”. in emerging technologies and innovative industries.

“I don’t believe that’s true. I don’t find that claim to be substantiated,” Mitchell said, noting that the county has been successful in attracting big tech companies like Tesla, Google and Switch to the Tahoe-Reno industrial hub. “Somehow these emerging technologies and innovative industries have found a way to work in our model.”

For Storey County, being called too slow or too restrictive for development is a rarity, Mitchell added.

“We often took the heat from being too flexible or going too fast,” Mitchell said.