Ocean City is in real danger of losing its rights of autonomy to the state. 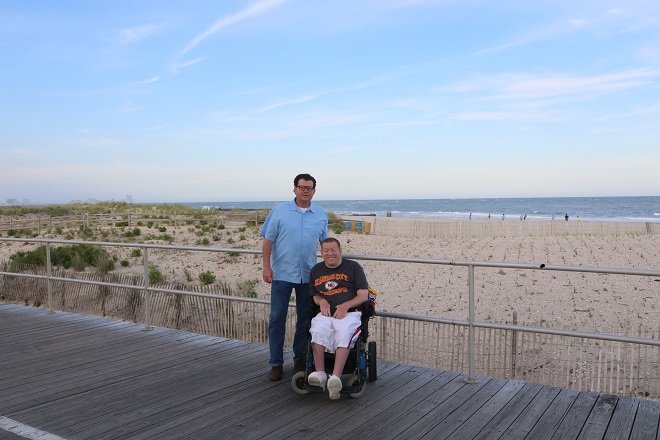 In 1917, the New Jersey Legislature saw the wisdom in passing the Home Rule Act, which allowed local governments to control their own future by granting them broad powers to enact laws and regulations that protected and promoted local interests. . The Home Rule Act is still the foundation of local self-government in New Jersey today. However, Senate Bill #S3926 and Assembly Bill #A5894 (these bills) threaten the very essence of Home Rule and place the future of our local coastal communities in the hands of a foreign entity, namely the Danish company called Orsted.

As written, these bills take away the ability of local governments to make decisions that they believe reflect the best interests of the community and replace them with a process that favors foreign investment. It eliminates good faith negotiations as a basis for local officials to negotiate effectively with Orsted. Instead, Orsted can refuse any reasonable resolution and simply take his case to the State Utilities Board. These bills clearly put Orsted in an advantageous negotiating position at the expense of municipalities.

The majority of Ocean City Council strongly opposes these bills because they seriously erode local government’s ability to make choices that represent what is best for their community and do not allow for good faith negotiations. with Orsted.

In addition, these bills will force local elected officials to make decisions before disclosure of all the facts. Federally mandated environmental impact statements or assessments for the pending offshore wind project won’t be completed until the first quarter of 2023, but those bills require local governments to make decisions about the project well ahead of the publication of these important documents. This is unfair, lacks transparency and goes against good public policy.

While the City of Ocean City Council understands the state’s desire to develop alternative energy sources to reduce our dependence on fossil fuels, rushing to achieve this goal without due process, without full disclosure of the facts , without extensive public debate on the environmental impacts and circumvention of the autonomy law do not reflect a truly democratic process. All these bills accomplish is to short-circuit the ability of local officials, who know their community best, the ability to have meaningful input on issues that will significantly affect their communities for at least the next 25 coming years.

Coastal communities, like Ocean City, have tourism-based economies that make a major contribution to state coffers. However, maintaining the prosperity of Ocean City requires protecting the natural beauty of the coast and these bills do nothing to advance this important cause and, in fact, ignore the value of the coastal environment.

Attempts to micromanage Ocean City from Trenton in favor of foreign entities will not be tolerated. The majority of City Council strongly oppose these bills and will use every method at their disposal to defeat pending legislation, as we believe our fundamental principle of self-determination is at stake.

Ocean City Council Chairman Bob Barr and Vice Chairman Michael DeVlieger are asking you to make your voice heard. Join us to defend our local community. Tell your legislators in Trenton to protect our wildlife, our environment and our right to self-reliance.

Don’t let Big Government tell us what’s good for the health, safety and well-being of our community!

Please support our regional representatives who support us. Reach out to them and tell them how you feel.

Autonomy in Bulgaria: considerable progress in decentralization, but a persistent lack of local financial autonomy

Home Rule, and the Protestants who took up arms against it