Nunavik Inuit to review self-government based on Inuit values, heritage and language 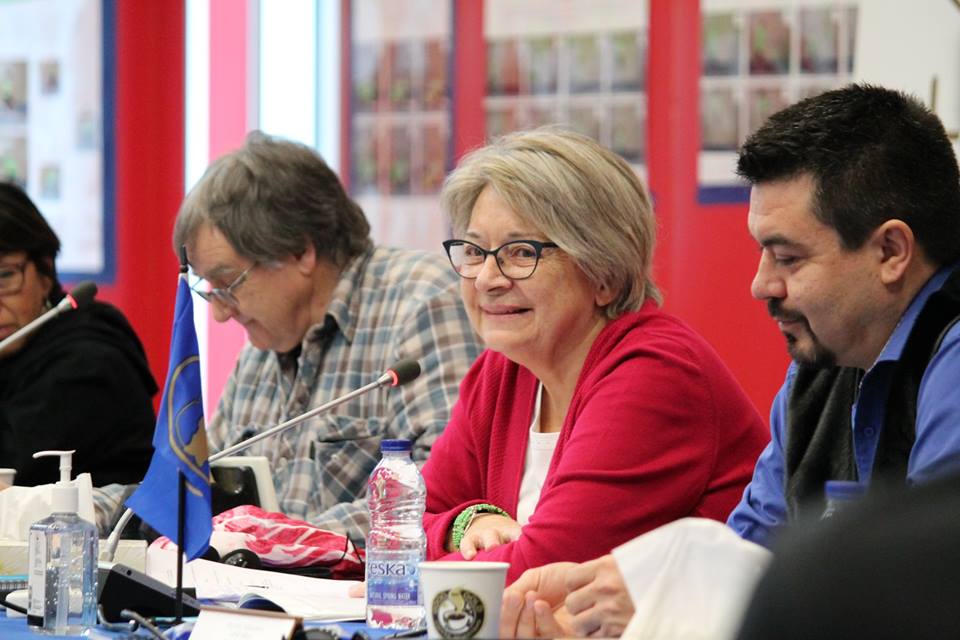 Nunavik Inuit have given their birthright organization the green light to begin a new round of self-government negotiations.

And to guide this process, Makivik has appointed Mary Simon as the new chief negotiator for Nunavik self-determination and the Inuit government, according to a March 21 press release.

It has been eight years since Nunavimmiut voted on a proposed model of self-government called the Nunavik Regional Government.

The NRG provided for a merger that would have joined existing regional bodies such as the Kativik Regional Government, the Kativik School Board and the Nunavik Regional Board of Health and Social Services, placing them under the authority of a new elected body called the Nunavik Assembly.

The proposal was ultimately rejected by 66% of voters in a referendum in 2011.

But under Charlie Watt, founding chairman and former chairman of Makivik Corp., talks to hammer out a new self-government agreement were reignited last year.

And while the last proposed model was for public government, Makivik now seeks to establish Indigenous government based on Inuit values, heritage, identity, culture and language.

In October 2018, Makivik Corp. says it has entered into negotiations with the federal government on a draft memorandum of understanding to facilitate this process.

And then, in February 2019, participants in an all-organizations meeting gave Makivik the mandate to set up a Nunavik Constitutional Working Group.

This group will create a constitution for the region, in consultation with the Inuit.

“We’ve been engaged in this process for decades, and it has gained tremendous momentum over the past year,” Watt said in a statement.

“The legal framework that has evolved over the years, including our Aboriginal rights in the Canadian Constitution, and more recently the United Nations Declaration on the Rights of Indigenous Peoples, is the foundation upon which we build our self-determination.

Section 35 of the Canadian Constitution also recognizes the self-determination of Aboriginal groups: “The inherent right of self-government is recognized as an existing Aboriginal right,” he says.

Watt said he was “proud” to count Simon as the leader of the negotiations.

Simon, originally from Kuujjuaq, is a former president of Makivik; she has also served as chair of the Inuit Circumpolar Council and the Inuit Tapiriit Kanatami and served as special advisor on Arctic issues to the federal government.

She was Canada’s first Ambassador for Circumpolar Affairs and was the lead negotiator for the creation of the Arctic Council in the 1990s. She later served as Ambassador to Denmark.

Simon’s role going forward is to keep Inuit and Nunavik organizations informed and involved in the progress and status of these negotiations.

Are the English ready for autonomy?