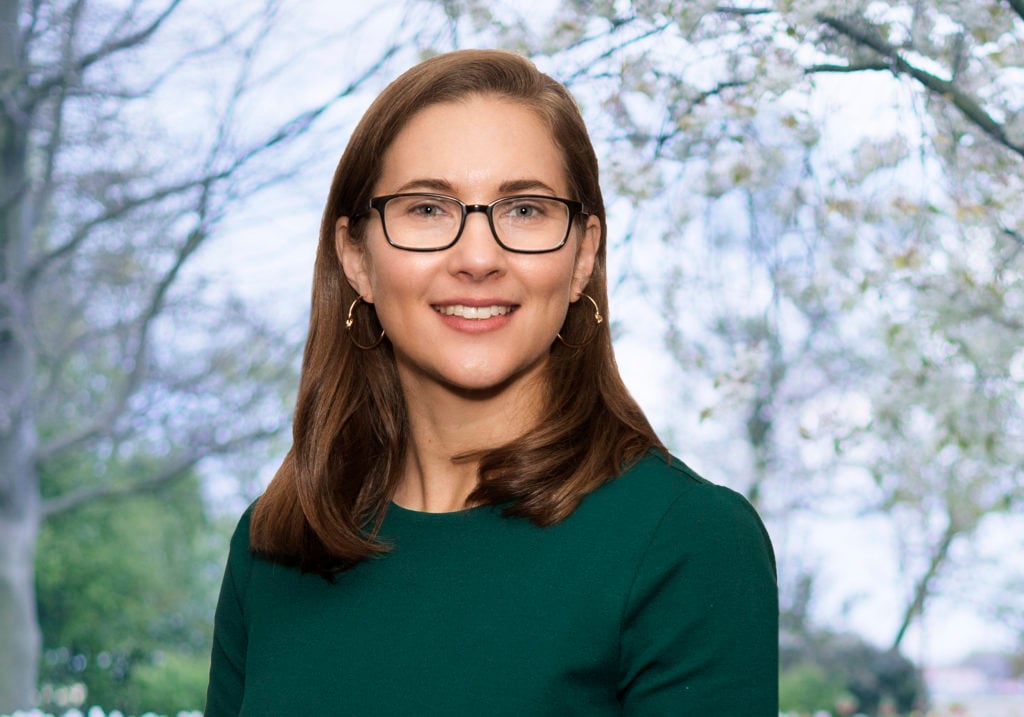 Photograph by Robert A. Landry.

In his new book, Capital of Democracy: Black Political Power in Washington, DC, 1960s-1970s, Lauren Pearlman examines the unique dynamic between local and federal power in the years leading up to the Home Rule Act of 1973. It was then that activists and leaders of the city’s predominantly black population fought against strict congressional oversight and helped DC residents elect their own mayor and representatives.

The House held DC’s first statehood hearing in 25 years last September, but the district still has a long way to go. In his book, which comes out next week, Pearlman, an assistant professor of history at the University of Florida, tells the story of DC’s struggle for democracy.

How did someone in Florida get interested in this?

I got a job at a civil rights law firm in DC [after college, nearly 15 years ago] and I moved to Columbia Heights on the 13th and to Harvard. And I would walk to work on 14th Street and U Street and walk by these dilapidated buildings or sites that hadn’t been rebuilt since the riots.

And that’s when I started to look at the city, just through my walks in the neighborhoods. You know, you could start to see the first signs of gentrification in Columbia Heights, and it made me wonder, “Well, what were those riots for?” I had only a superficial understanding of what happened after Martin Luther King [Jr.] was murdered in ’68. And so the question of what catalyzed the riots and inspired them, what kind of anger was running through the city, was the question I went to college to ponder more deeply. What I learned when I started to think more deeply about this issue is that you can’t tell the story of the riots without talking about government and without talking about self-determination and autonomy, and that this issue of autonomy was under all sorts of issues of civil rights and public order and urban development and renewal throughout the 20th century.

What was your research and writing process?

It started in high school [in 2009] and it started with my thesis work. And what I liked about this research is that my research took me everywhere. I used the George Washington University Special Collections, which houses the unprocessed records of the First Council just in boxes. You would just empty those boxes – well you didn’t because they wouldn’t let you do that [Laughs]. I handled them with care, but they were just in disorganized boxes that hadn’t been processed yet. And then, of course, the Martin Luther King jr. library also in DC, and there is only a treasure trove of DC documents related to activists and business and real estate groups there. And then to Austin, Texas, and Anaheim, California, where I watched the Lyndon Johnson papers and Richard Nixon papers and Department of Justice files and Attorney General files and things like that, because to understand DC’s history is to understand this local/national connection, because all the politics went through the channels federal as well as through local channels.

How would you describe the relationship at that time between the locals and the federal government?

You know, it’s so interesting because there are tensions in certain relationships – the mayor walter washingtonis with Richard Nixon were certainly tense, but there wasn’t much that people said outright about it, partly because if you were appointed to local government your job wasn’t secure and you could be replaced, which happened to some people on the City Council. And in a sense, too, what I discovered while writing this book is that even though the Johnson administration helped advance the issue of home rule by appointing a mayor and city council in 1967, it also really started to limit the settings. what they were able to do. And so, although it is hailed as a success, it also reduces the possibilities of autonomy in the future. And even what you see with some of Marion BarryThe campaign of the late 60s and early 70s is that it’s hard to mobilize people around the issue to vote when you have bills to pay or other issues that affect your life, or that you don’t have a job or that you live in public housing. And so, there were a lot of other issues that took precedence over the right to vote in people’s lives.

One thing that struck me about the book was that even though some black politicians and activists started to take power, there was still this struggle, even for people like Barry, who presented themselves as allies of the poorest black residents to effect change. these people.

Yeah, it’s really interesting, and it’s part of a lot of new postings about what those who were civil rights activists are doing now are part of the political machines. And you can see that in people who study Atlanta and Detroit and different cities where black mayors are appointed and city councils, they’re becoming more representative, but the voters they’re accountable to are often left out of the decision they’re making. Part of that, I think, in DC in particular, is that the white stakeholders that wielded a lot of power were really powerful, and so you see the decisions that they’re able to make [were] really hard to argue. But also development is a problem that most people who are in desktop support. It’s rare to see a politician go against decisions that will help the city benefit, and so when you look at a lot of the construction of a convention center or the development of Pennsylvania Avenue, those are decisions that politicians blacks supported them largely because the hope was that they would bring money to the city. A lot of these decisions were made about drug policy or methadone clinics or things like that with the expectation that they would solve real problems, but then have unintended consequences, like getting more people addicted drugs or things like that. But also, protection from crime is a universal issue, so some of the city council’s and the mayor’s decisions in terms of policing are because their black middle-class constituents also wanted more policing. ‘order. Now, the effects of that were oversurveillance of low-income black residents, but on the surface the idea behind it is a universal idea of ​​protection.

You talk about how elective office was kind of an alternative to activism and protest. Do you think it is possible to maintain a militant position in elected office?

Well, I think there are great examples today of people doing that. But at the time, being a black politician in power, as I show in my book, was a very difficult position to achieve anyway, so your options for radical change are really just precarious positions to take, d especially since home rule became law and you had to appease such a wide range of voters. So I think it’s a challenge. I think the system was not created to help radically change the office.

Did you learn anything that really surprised you during your research?

Yes I did it. I had no intention of writing a book that was so much about policing and police power, police brutality, criminalization and law and order. The body of literature on what we as scholars call prison studies, understanding the laws and policies that structure mass incarceration, simply did not exist when I began to do my research. There’s a group of academics who have done a really dynamic job of interrogating the prison system, but I didn’t really know it was going to be a story about it. And then when I started to do my research, I realized that the police were everywhere and criminalization was happening everywhere, and so that really became the core of the book, is that the use of power of policing to undermine radicalism and the use of law and order to excessively punish black citizens became a huge part of the book’s focus.

Near the end of the book, you address DC’s long fight for statehood. If this were to pass, do you think it would provide solutions to some of the issues raised in the book?

From criminal justice issues to living wages, these are all issues Congress has stepped in on [DC’s] own government could absolutely manage. But, you know, this push for a state is so crucial. To me, it’s disappointing that the state is happening, if and I hope it is happening, in a city that’s rapidly gentrifying, and not when there was a black majority that could have brought about change in the interest of residents who needed it at the time.

This interview has been edited and condensed for clarity.

Nathan Diller has also written for DCist, Vulture and Bustle. On Twitter, his name is @nateclaydiller.