It’s time for Sabah to get self-government status – Jeffrey 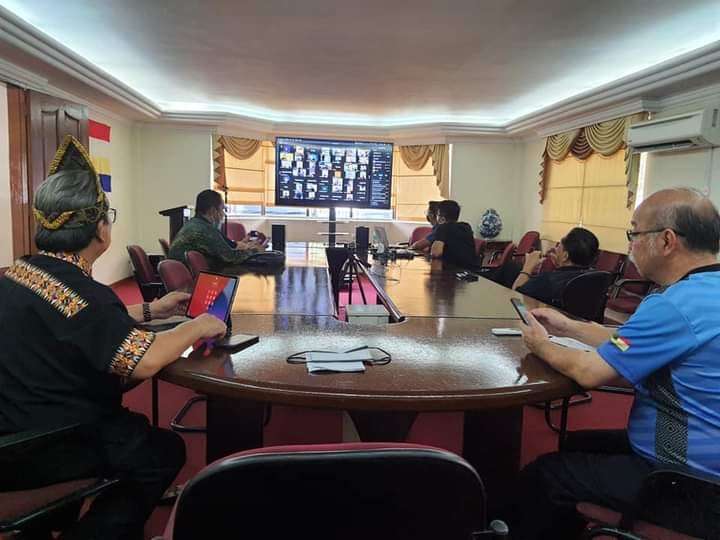 According to him, Sabah Day, when published in the Gazette, is a complement to the formation of Malaysia.

“This will open the door to more opportunities for Sabah in the future and elevate Sabah’s status as a region which was announced by the eighth Prime Minister Tan Sri Muhyiddin in Sarawak earlier this year,” Jeffrey added in his speech recorded for the 58th Sabah. Celebration of the day displayed online using Zoom app.

The Deputy Chief Minister is very optimistic that Sabah Day will be published in the Official Gazette and become the official celebration of Sabah from next year.

“The Chief Minister basically agreed with the proposal for publication in the Sabah Day Gazette, as did the other Cabinet members,” he added.

Jeffrey also said the proposal document is being finalized and will be tabled in Cabinet for action.

He had to be held virtually due to SOP compliance.

A total of 300 participants took part in the video conference consisting of SAPP leaders, STARs and party members as well as activists from various NGOs such as Mosik, Sorak Sabah, Mondopitan, Padaras and others.

“If Sarawak can proudly celebrate July 22 every year since 2016 as Sarawak Day, why can’t we with Sabah Day,” he said.

Former finance minister in the Berjaya government also called on the people of Sabah to always be united and not follow an immature political culture.

He also recalled that Malaysia was only formed as a new federation on September 16, 1963, 58 years ago.

Recalling the events of August 31, 1963, he said that Sir William Goode, the Governor of North Borneo (Sabah) issued a statement regarding Sabah Day, Sabah self-government and Sabah independence being the end of British rule.

SAPP Chairman Datuk Yong Teck Lee has high hopes and is confident that the Sabah Day published and officially celebrated by the government every August 31 will become a reality.

Yong also expressed his excitement at the positive developments among Sabah residents, businesses and political leaders who have started putting the hashtag “Sabah Day” on the social media network.

“Sabah Day is the struggle of all of us, 2023 is one of the greatest challenges of celebrating the 60th Diamond Jubilee of Sabah Day. I hope we can celebrate it on a large scale across the Sabah,” he added.

Yong, who is also an appointed member of the National Assembly, called on activists to continue their efforts to educate the community about Sabah’s history and work hard to promote Sabah Day.

Japiril Suhaimin, the third organizing chairman of the celebration, concluded that the Sabah Day celebration proved that SAPP and STAR have always been consistent in their struggle.

He thanked all participants from across Sabah as well as Sabahians abroad who are staying on the peninsula.

He added that apart from participating via the Zoom app, the organizers also shared it via Facebook live.