Is America virtuous enough for self-reliance? 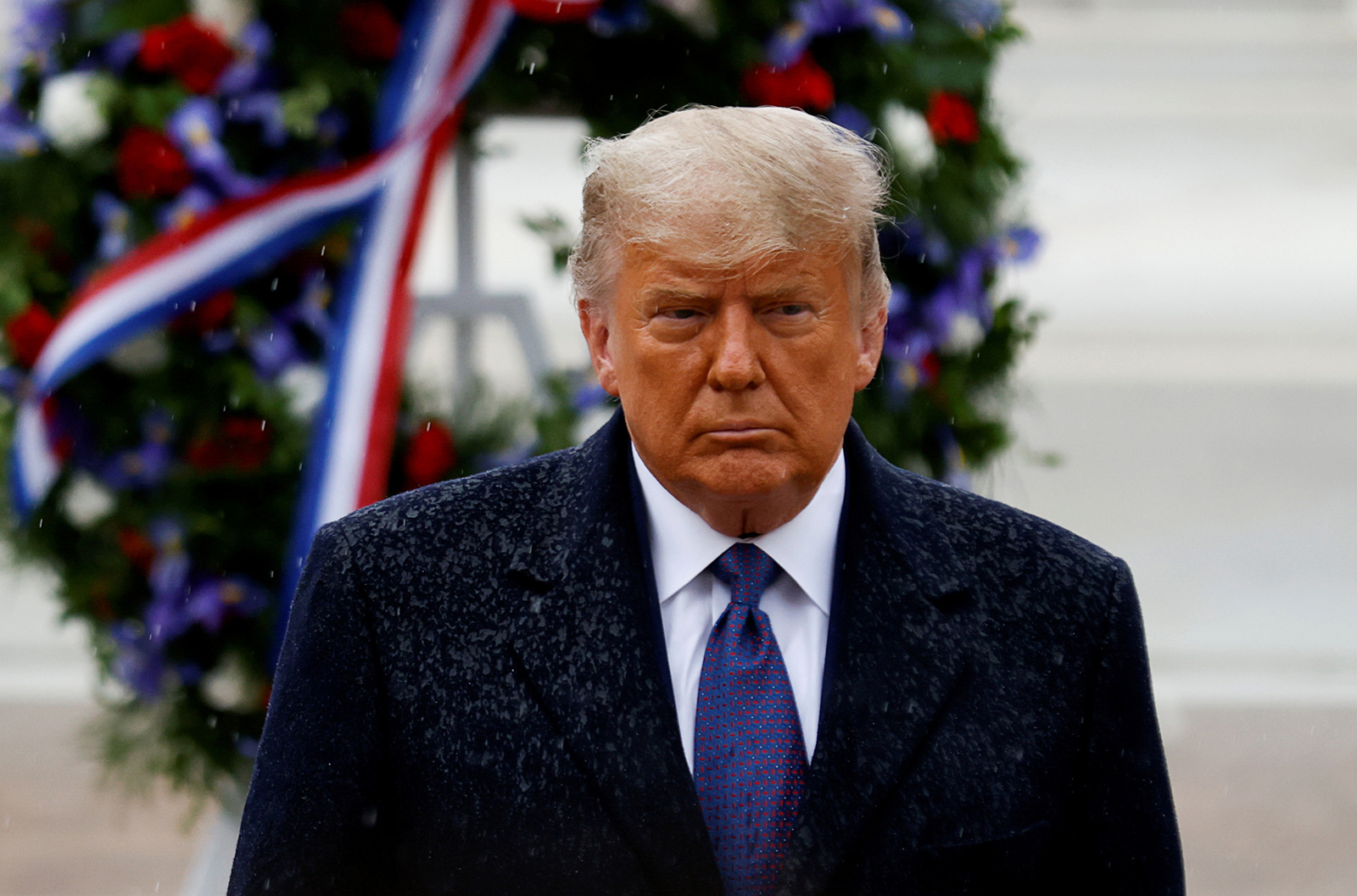 When President Donald Trump’s lead in several key states began to dwindle in the days after the election, some suggested a grand conspiracy was to blame. As on so many other issues, Americans could do much worse than turn to the author of the Federalist.

Towards the end of Federalist 10, Publius writes: “Besides other impediments, it may be observed that where there is a consciousness of unjust or dishonourable ends, communication is always checked by mistrust in proportion to the number whose concurrence is necessary.

Publius explains here why a widened republic will not necessarily fall victim to the worst tendencies of republics in history, namely the majority faction and the evils it brings. But I always think of this line when I hear about conspiracies.

In popular government, the twin possibilities built into human nature are often magnified – both the best and the worst – and Publius’ thought attempts to account for both. In this passage, he admits the likelihood, under the Constitution or any government, of attempts by the incumbents to “go after” the public, mislead for personal gain or even to conspire against the good of the country. Although he is not an abject cynic, his general views would suggest that, if there is any advantage in lying, you can count on such a lie (“If impulse and opportunity must coincide, we well know that neither morality nor religious motives can be considered an adequate control.”). But in his point about communicating the conspirators, he also argues that, to the extent that they are aware of their own dishonor, there is a built-in natural and human control. The more people you have “in” a plot, the more likely it is to be discovered. Its discovery means it is likely to fail. Why is it?

For conspiracies to succeed, you need to keep them secret – it’s built into the business itself. If the infamous task undertaken is large in scale, its success is more difficult in that it requires co-conspirators. The plot relies, in the chest of each of them, on the discipline necessary to maintain secrecy. There will probably be an inner battle between the desire to to be powerful, on the one hand, and the desire to be seen as powerful, on the other hand. The first comes from dominant libido. The latter comes from vanity. But if this is true, then Publius suggests that vanity can undermine an ill-intentioned person’s ability to dominate others. Remember that Publius speaks of plots involving “awareness of unjust or dishonorable goals”, suggesting that we are already in the realm of characters who may be unable to resist the temptation to gloat and not possess a strong moral fiber. The desire to be perceived so powerful can lead to the temptation to overthrow everything.

There is also an unstated premise in this narrative that has to do with the basic decency or, dare I say, virtue of the American people. Publius argues in part that “daylight is the best disinfectant”. Whether this is scientifically true or not, it is certainly a view that drives some of the ways we have chosen to govern ourselves. The move toward an open primary system and public committee hearings in Congress—the general move away from “smoke-filled rooms”—is a manifestation of this. The ultimate wisdom of such moves is perhaps debatable. If they make sense, it’s because, to some extent, you can trust the sound judgment of the American people. If a group of politicians or fellow citizens are found to be organizing for their personal benefit and against the public good, then this would be objectionable to American citizens. It would presumably be reprehensible enough for people to act on these objections to stop the newly uncovered plot. I guess even those who are now asking for a collective stay of judgment on the Trump-Biden election wouldn’t dispute it. For them, perhaps, there are higher order considerations which I have not yet named.

I don’t think Publius would think a conspiracy quite elaborate to succeed could succeed under these circumstances. That doesn’t mean he’s naïve. He understands the darker side of human nature and the human capacity for vice and lies. Yet he is convinced that this is only part of the story:

“As there is a degree of depravity in humanity which demands a degree of circumspection and distrust, there are other qualities in human nature which warrant a certain amount of esteem and trust. The Republican Government presupposes the existence of these qualities to a higher degree than any other form. If the pictures which have been drawn by the political jealousy of some of us faithfully resembled human character, the inference would be that there is no there is not enough virtue among men to govern themselves; and that nothing less than the chains of despotism can prevent them from destroying and devouring one another.

Is there enough virtue in human nature general-for autonomy? As Willmoore Kendall and George Carey observed fifty years ago, the American political order is based on the self-reliance of a “virtuous people.” If this is true, then a deterioration in the moral quality of society as a whole could be said to justify a number of drastic measures (like loading the cockpit). This seems to be where disputes are now justified. Under this conviction, working to restore a healthy public order – to restore the law – becomes the priority; mere procedural concerns (governing laws) or prior standards and commitments (concerning decency and honest dealings with others) are discarded. Such a line of thought, however, seems to dissociate the necessary moral connection between means and ends. It raises, in other words, the possibility of a dangerous consequentialism. In the hands of someone who is corruptible or already corrupted (presumably all of us mortals), that thought is dangerous. Taken to its extreme, the argument could justify a move away from popular government itself.

It is true that nowadays, the personalities who advocate an exit from republicanism are multiplying, even if they will say that this is not necessarily synonymous with arbitrary despotism. Whatever the premises, the implication is that Americans no longer have the capacity for self-government on which Publius relies and which may be needed more than ever. Add to all this the conscious minority status that contemporary conservatives tend to carry with them (whether justified or not), and you have a recipe for conspiracy theories coming from the right.

Conspiracy thinking animates too much public discourse around the election. If we are to be guided by Publius, we must reject it.

For this to be true, perhaps hundreds of election workers in multiple states would have to be “in” the plot (or be its dupes). Counting and declaring votes is a process involving many hands and eyes. It is by design. It involves comptrollers and judges from across our political spectrum and around the world. Seeing a conspiracy in the presidential election outcome can be unpleasant for a number of reasons, but a very important one is what it necessarily suggests about all ordinary people involved in the process. They are either stupid dupes or horrible criminals. I don’t know many people like that. And I don’t think there are enough of them for such a gargantuan task as “stealing” this election. Many of us are people of good will. And I still think there’s enough to have confidence in the process even if the results, at every level, are different from what we ourselves would prefer.

Conservatives must always bring to public discourse an awareness of the duality of human nature. I have no objection to pursuing leads, ironing out inconsistencies, or following red flags. No one should. People are capable of both nobility and lowliness and there is no reason to assume that either is missing from the process.

But if there really is a conspiracy going on, then those who work in polls every few years, or buy voting systems in between, or administer updates to them, order supplies, or tabulate results, should be particularly terrible examples of vice, deficient either in intellectual insight or in moral virtue. Unless their infamy is so deep, their cunning so well-developed, their “unjust or dishonorable purposes” so deep-seated, and their skill in executing their aims so honed that a nationwide conspiracy can succeed, then it would just be ‘it works.

I don’t think Publius would buy it. And neither do you.

Justin B. Litke is an assistant professor in the Department of Politics and a member of the Center for the Study of Statesmanship at the Catholic University of America.