Florida passes bill to end Disney self-government in the state 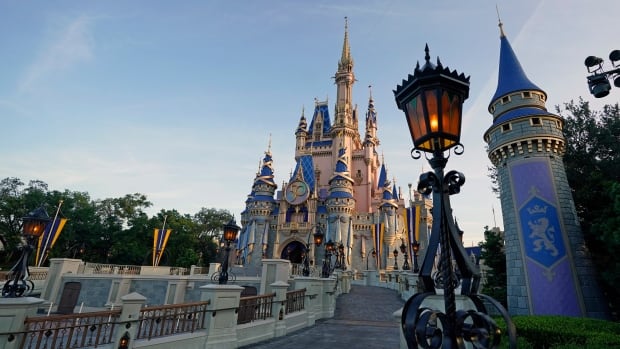 The Florida House of Representatives on Thursday passed a bill that would dissolve the private government of Walt Disney World, giving Republican Gov. Ron DeSantis a victory in his row with the entertainment giant over its opposition to a measure that critics have nicknamed the “Don”. “don’t say gay” law.

The move could have huge tax implications for Disney, whose string of theme parks has transformed Orlando into one of the world’s most popular tourist destinations over the decades, and serves to further sour relations between the government-run by Republicans and a major political player in the state.

For DeSantis, the attack on Disney is his latest salvo in a culture war waged against politics involving race, gender and the coronavirus, battles that have made him one of the nation’s most popular GOP politicians and a likely 2024 presidential candidate.

The dispute with Disney began with the company’s criticism of a new law banning teaching about sexual orientation and gender identity in kindergarten through third grade as well as teaching that is not ” appropriate for age or development”.

“Disney and other woke corporations will no longer get away with peddling their unchecked pressure campaigns,” DeSantis wrote during a fundraising pitch Wednesday. “If we want the Democratic machine and its corporate lackeys to be held to account, we need to stick together now.”

The bill passed by the Legislature on Thursday would eliminate the Reedy Creek Improvement District, as the Disney government is known, along with a handful of other similar districts by June 2023. The measure leaves room for the restoration of districts, with a Republican legislative leader signaling a likely restructuring of a 1967 deal lawmakers reached with the company that allows it to provide services such as zoning, fire protection, utilities and infrastructure .

Democrats have warned the move could result in hefty tax bills for local property owners if they were to absorb Disney bond debt — though those details are far from clear.

Democrats, the minority party in the Florida legislature, opposed the proposal as a clear retaliation against a company that has been a major economic driver in the state.

“Let’s call it what it is: it’s a petulant, punishing political comeback from a company that dared to say the Emperor has no clothes, but if they perform well in the next election cycle, may -maybe we’ll put it back in place,” the senator said. Gary M. Farmer, a Democrat.

Disney did not return an email seeking comment. The company is one of Florida’s largest private employers and last year said it had more than 60,000 workers in the state. It’s not immediately clear how Disney or neighboring governments would be affected if the district were disbanded.

The creation of the Reedy Creek Improvement District, and the control it gave Disney over 11,000 acres in Florida, was a crucial element in the company’s construction projects near Orlando in the 1960s. of the company said they needed autonomy to plan a futuristic city with the theme park. The city never materialized, however; instead, it turned into an Epcot theme park.