Deline set to launch historic self-government, 20 years in the making 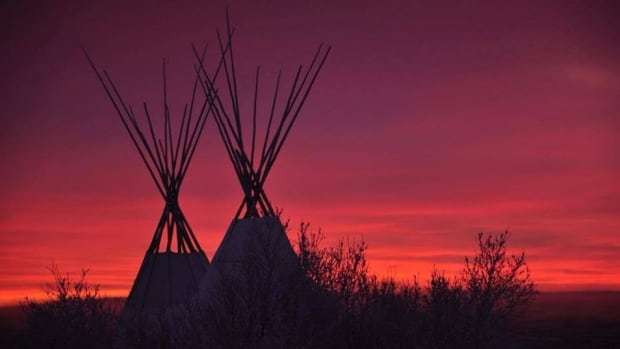 Nearly a hundred years ago, the community of Deline on Great Bear Lake in the Northwest Territories was home to one of the region’s most famous prophets.

Louie Ayah died in 1940, but his words still resonate in the community of around 500 people and are still remembered by many, including Morris Neyelle.

“‘You’ll get powers,’ he said. And he raised his hand above his head as high as he could reach,” Neyelle explains.

“He said, ‘That’s how high you will rise.’ People from the surrounding community and the rest of the world will look at you and they will come.”

“Who are they, what color are they, don’t look at it that way”

The newly elected government of Deline Got’ine is the result of more than a decade of negotiations between the local Deline First Nation and the Deline Land Corporation, the Government of the Northwest Territories and the federal government.

Although the community is largely made up of Dene members of the Deline First Nation, all residents who live in the community – First Nation members or not – will fall under the jurisdiction of the new government. They will receive social programs and services and will be able to participate and vote in elections, although certain positions, such as chief, will be reserved for First Nations people.

Neyelle, an elected councilor himself, says the unique approach to Indigenous self-government is reflected in the teachings of the community.

“All living human beings are equal, regardless of origin,” he said. “Who they are, what color they are, don’t look at it that way.”

Those words ring true for Greg Wasserman, who has lived in Deline since 1981. On Thursday, Wasserman will become one of the first non-Indigenous people in Canada to live under the self-government of an Indigenous community.

“All I care about is that they have the right to take care of what they need,” he said. “Because sometimes the feds…they don’t know what the community really needs.”

More than 20 years of creation

Deline has been working on self-government since 1995 – two decades that chief negotiator Danny Gaudet says have not been without complications. Band members were not all in favor of seeking self-government, and many models, including those where only First Nations members would report to the new government, were considered.

But, says Gaudet, the decision was ultimately made based on the elders’ predictions.

“The elders believe that people are going to come to the North to find resources,” he said. “If we develop a government only for ourselves, we will be overpopulated and overwhelmed. Their belief is that we must govern not only ourselves, but all who live among us.”

Negotiations with the territorial and federal governments culminated in June 2015, when the Deline Self-Government Act was passed in the Canadian Senate. The final approval sparked celebrations, including a drum dance in the Senate foyer.

But the work of the community has not been done.

Once the agreement is signed on September 1, Deline will have jurisdiction over community affairs and local services, which include education, health services, social housing and land use planning, among others.

The new government will not be ready to take over all of these portfolios immediately, but will gradually take on more responsibilities as it builds capacity and infrastructure.

“We have a lot of work ahead of us,” said Gaudet, who highlighted some priorities for the new government, including strengthening the education system (currently most Deline students cannot take enough classes to qualify). to enter college) and simplifying adoption processes.

Over time, Gaudet explained, the Deline Got’ine government will develop rules, programs and services for the community, and the territorial and federal governments will help achieve those goals.

“They put us in a state of addiction, and now you’re going to get us out of it,” he said. “You [will] talk to them as if you were talking to another premier or another province. The relationship with Deline must change. You can’t impose on them what they don’t want.”

“We are going to watch”

Deline’s grand experiment will be watched closely by Indigenous communities across Canada, including Colville Lake, Northwest Territories, which hopes to become self-governing within four years.

“They kind of paved the way for us,” Colville Lake chief Wilfred Kochon said. “We still believe that First Nations can do whatever they want.

“We will look at their agreements and their powers. If it suits us, we will take it.”

For now, however, Deline stands alone, reflecting Louis Ayah’s words in their words, their actions and, ultimately, their government.

“We’re different. That’s what kept us alive for thousands of years.”