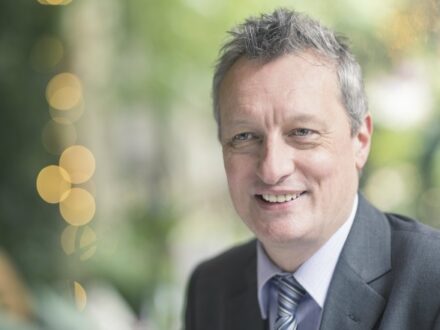 A new Council of Europe report highlights the limits of local power in the UK, writes the Emeritus Professor of Local Politics at De Montfort University and Visiting Professor at Ghent University.

The Congress of Local and Regional Authorities of the Council of Europe has just published its report on this country’s compliance with the Charter of Local Self-Government, signed in 1998, and it is not a pleasure to read – not for localists in any case.

Although the report acknowledges that some movement has occurred since the last assessment in 2013, the issues of concern raised at the time have still not been addressed and local government and local communities are suffering due to a highly centralized system of government.

The most important problem that the report highlights has not been addressed since 2013 is the complete absence of any legislative recognition of the principle of local self-government, as required by article two of the charter. The report recognizes that local authorities in this country enjoy no real legal protection against interference and control by the central power.

The report also points out that while some form of general jurisdiction exists, thanks to the first part of the Localism Act 2011, we still fall short of the charter because councils cannot regulate with certainty or predictability the share of local affairs for which they are responsible. because they don’t have the financial resources to do so, nor do they have the freedoms to significantly improve their own financial situation.

General competence, in principle, is also strongly controlled and supervised by the center and does not give our local authorities the freedom to act as is the case in the other 46 member states of the Council of Europe.

Our councils, the report says, may have general legal jurisdiction, but they lack the actual power and capacity to act in the interests of their localities. One of the report’s most powerful recommendations concerns a major overhaul of the local government financing system. But we continue to tinker or resist fundamental change for fear of something worse.

A quick glance at the local authority taxing powers enjoyed by many Council of Europe members shows a much wider basket of powers than those available to our councils – raise your hand who has never paid a tourist tax abroad – but we are still far from obliging tourists from this country to contribute to the local services they consume.

The report highlights the centralized nature of governance in this country and the continued existence of central oversight, regulation, oversight and control of local affairs, and it suggests easing the burden of this monitoring and control.

In order to avoid over-regulation and centralisation, the report recommends that the Charter of Local Self-Government should become a legally enforceable instrument so that local authorities can apply to the courts to guarantee the free exercise of their powers and responsibilities in order to strengthen their freedom central control – now that would be a radical step for decentralization in this country.

Overall the position of local government here, when opposed to the Charter of Local Self-Government, is not great and shows little or no sign of improvement, but it is worth pointing out. with equal force and clarity by an independent international body.

The Congress of Local and Regional Authorities of the Council of Europe has done local authorities in this country a great service with its evaluation and report.

It is now up to local government to use this report as a tool for change. The center often promises deconcentration, but offers decentralization – and this dichotomy is very clear in the leveling white paper.

The congress report provided a means of separating deconcentration from decentralization and offered a new basis from which greater freedom and autonomy can be sought for local government. Are we ready to fight?