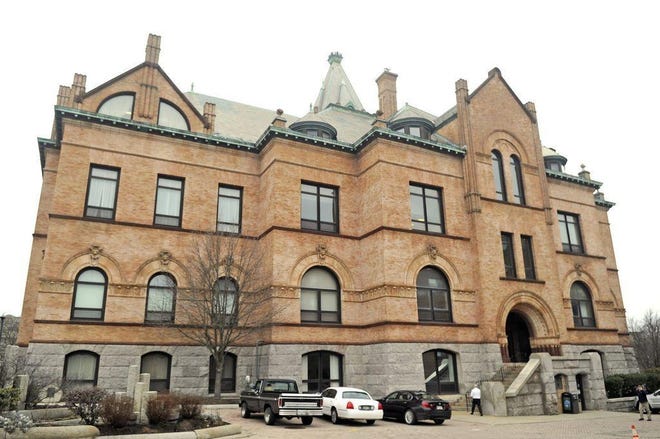 BROCKTON — City councilors have agreed to ask the state to avoid a special election to fill the vacant Ward 1 council seat that could cost around $30,000 and take place during the same general election season.

But they are deeply divided on whether that seat should be filled by appointment of councilors or remain open until early next year when the newly elected Ward 1 councilor is inaugurated.

For nearly an hour, Brockton City Council’s finance committee debated a Bylaws petition on Tuesday night that would ask the Legislature and Governor Charlie Baker to allow the city to skip the special election to occupy the Ward 1 seat required by the city. charter.

Timothy Cruise resigned in March to become assistant city clerk for Brockton. Because Cruise’s resignation came more than six months before the end of his term, which was due to expire in January, city ordinances require the council to order a special election.

But councilors said they were worried about the cost of the special election, holding another election amid the COVID-19 pandemic and having it just months before the preliminary and general elections. from the city.

Cynthia Scrivani, executive director of the Brockton Election Commission, said each special election — a preliminary election might need to be held depending on the number of candidates seeking the position — could cost around $15,250 and that doesn’t include postage, if people wanted to vote by mail during the pandemic.

Councilors want to ask the state to skip this special election, but the point of contention is whether the petition simply asks the state to skip the election and leave the seat open, or grants the remaining councilors the option to appoint someone to fill the rest of Cruise’s term.

The bylaws petition, which was filed by General Councilor Moises Rodrigues and Ward 2 Councilor Thomas Monahan, was drafted to grant councilors the power to appoint a replacement.

But after lengthy discussions on Tuesday night and a split vote, the petition was amended to simply ask that Brockton be allowed to skip the special election, but leave the seat open.

“I don’t feel qualified as a Ward 4 Ward Councilor to appoint someone to fill Ward 1 shoes,” Ward 4 Councilor Susan Nicastro said. “I really don’t know. What I would like to see happen here, in a perfect world, is not to substitute my judgment for who should be in Ward 1 for a few months and instead I would like see us amending this bylaws petition, to let it go ahead to ask the legislature not to force us to have this special election and instead, let’s just sit down, just let this seat stay open Because we know, in real life, Ward 1 is amply represented by the four general councilors, who represent the whole city.”

General councilor Tina Cardoso said councilors “should be very careful” not to appoint someone to the vacant position when the council decided to make an appointment in August 2019 to fill the seat left vacant by Rodrigues’ transition to the vacancy. post of acting mayor after the death. of Mayor Bill Carpenter.

The council voted, 7 to 3, to nominate John McGarry, the former executive director of the Brockton Electoral Commission, over Ollie Spears, a community activist and former candidate for Ward 5 council.

“I appreciate that we have four general councilors who represent the whole city, but when it came time to replace one of us, it was an easy decision to make, and we appointed someone,” Cardoso said. “So, I would look at that too.”

But Nicastro said the board followed the charter in replacing Rodrigues because he treats general counsel positions differently.

Brockton City Council Speaker and General Councilor Winthrop Farwell, who lives in Ward 1, called it ‘patently untrue’ that the bylaws petition seeks state approval for the council to appeal. the post. He said the councilor also represents Ward 1 in other capacities, including meetings of the zoning appeals board, zoning board, conservation commission and traffic commission.

“I don’t think the Ward Councilor in four or three or six or five should be telling me in Ward 1, as a resident, ‘This is who I think should represent you,'” Farwell said. “Now the question of appointing someone who promises not to run again, you immediately made that person a lame duck. They don’t have to answer to anyone.”

Rodrigues said he doesn’t think the state will give the city charter relief to simply forgo the special election, but will leave the seat open since the charter provides for the position to be filled by election.

“I think we are playing with fire and it will cost more,” he said.

After much discussion, the Bylaws petition was amended with a 5-4 vote to ask the state to allow the city to skip the special election to fill the Ward 1 seat, but let the office open until the expiration of the mandate.

But the home rule petition could change again.

Council counsel was unavailable to attend the meeting and several councilors asked him about the process and what was allowed.

The amended by-laws petition, which was recommended favorably to the full council by a 6-4 vote, will be discussed next Monday and a final vote may take place. Additional changes may be made during this meeting.

“We will vote on this amendment again and we will do so in the presence of our counsel for counsel,” Lally said. “So we can ask attorney (Shannon) Resnick what she thinks. If attorney Resnick gives information that changes the way we acted today and makes the amendment look like a bad idea, we vote against the amendment, we change the amendment, we do something different. But it’s up to us to get things done now.”

Cody Shepard, Senior Enterprise Reporter, can be reached by email at [email protected] You can follow him on Twitter at @cshepard_ENT. Support local journalism by purchasing a digital or print subscription to The Enterprise today.