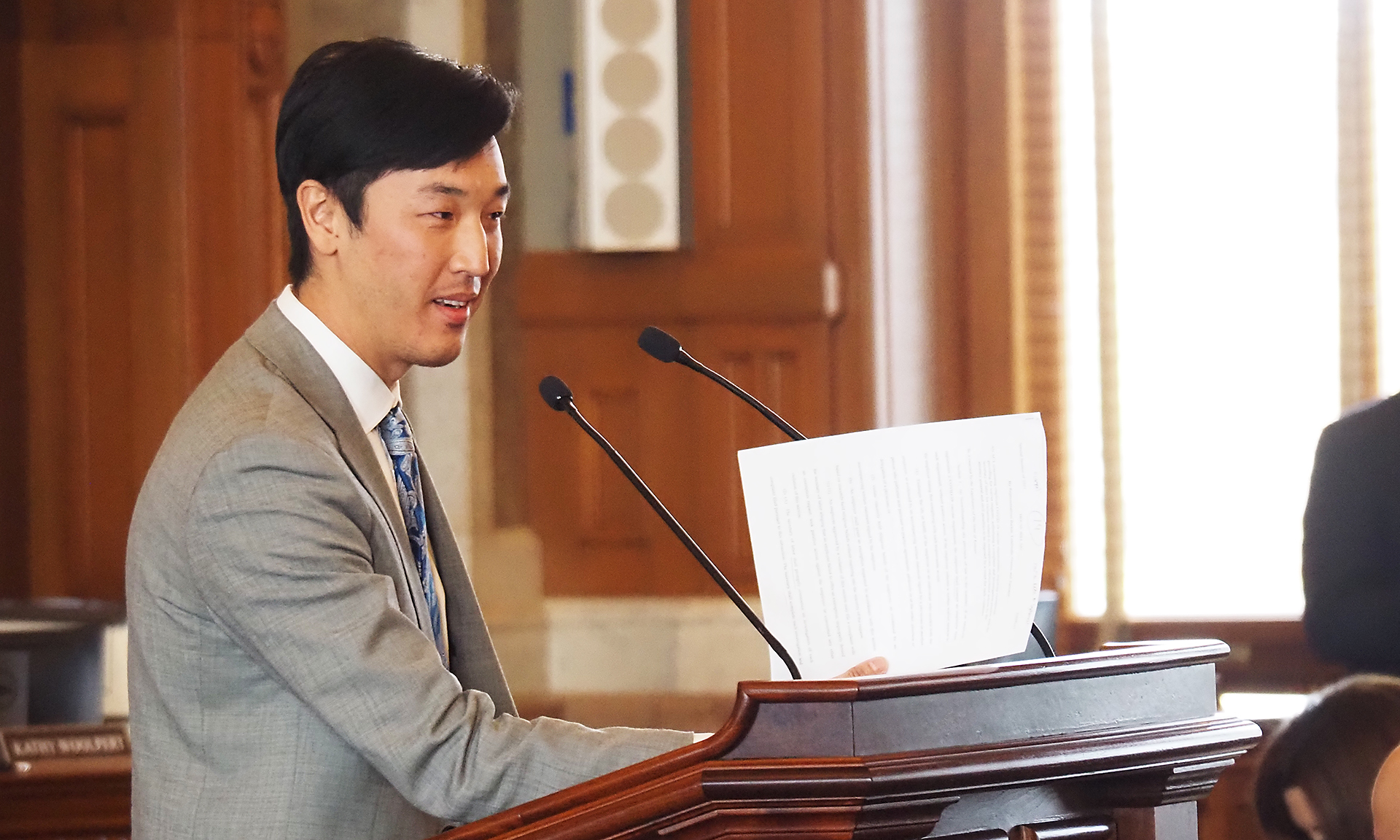 TOPEKA — Some Kansas officials say a recently legislature-approved ban on municipalities limiting plastic items tramples local control and will cause problems for ecosystems across the state.

Senate Bill 493 would ban restrictions and taxes on bags, cups, containers, and other plastic, cardboard, glass, and aluminum packaging, among others. Backers say the measure will ensure a uniform policy around these containers and support local businesses.

But opponents said the bill would not address the buildup of waste accumulated from these items. Even supporters of the bill did not dispute the negative effect of plastic bags on the environment, Rep. Rui Xu said.

“They take 400 years to decompose. They litter our roads. They lit up our waterways,” the Westwood Democrat told the House on Tuesday. “It’s a classic case of the tragedy of the commons. What is good for the individual at the moment may not be good collectively for our environment.

Representatives approved the measure 74 to 48 on Thursday, exactly a month after the Senate voted in favor, 27 to 13. The bill is heading to Governor Laura Kelly for consideration and appears to lack support in the House to overturn a veto.

While some regions such as Wichita may consider banning plastic bags, Xu noted that these are just conversations with a working group and nothing official has been decided. Promulgating something based on discussions is not good practice, he said.

Rep. Boog Highberger, a Democrat from Lawrence, said municipalities are considering the bans because the state government is doing too little to address the environmental issues facing Kansas and the world.

“We were facing a very, very serious environmental crisis, and we are doing nothing,” Highberger said. “While I personally wouldn’t necessarily support a ban like this, I think my city government should definitely have the right to consider enacting one.”

Rep. Brad Ralph, a Republican from Dodge City, said he doesn’t care much one way or another about plastic bags, but he took issue with such a clear violation of the indoor rule. He told lawmakers they needed to heed the Kansans’ expressed desire to maintain local control and set policies for their own community.

“The idea that we wouldn’t trust local government preemptively tells us we can’t do that,” Ralph said. “The people of the state of Kansas have told us directly and specifically in this constitution that we must trust them and that we must give them the greatest measure of self-government.”