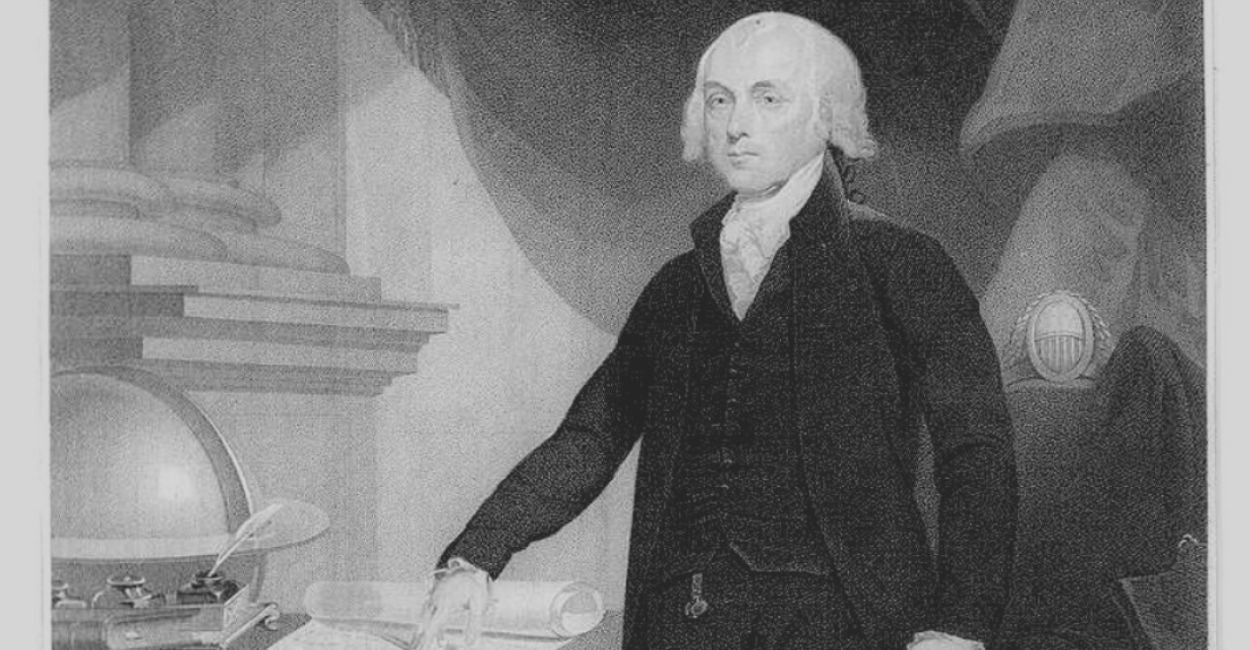 As we commemorate Constitution Day this September 17, we might remember the outstanding contributions of the shy, 5’6″, no more than 100 lb. fellow from Piedmont, Virginia who is generally considered the father of Constitution.

Unassuming as James Madison was in appearance and demeanor, he made up for his longing for America. His ambition for his country was to prove to the world that humanity is capable of self-government.

To achieve this, citizens must develop habits of self-government.

Participation in civic affairs is one of the tools of democratic governance, but an active population alone is not enough for the task at hand.

According to Madison, what is particularly necessary is that citizens have a good understanding of their rights. and responsibilities.

The challenge for the citizen of a democracy is to moderate his desires and demands – to moderate the use of his freedom – so that he not only exercises his own rights, but shows respect for the rights of others.

In other words, autonomy requires us to practice measured freedom.

When Madison finished his contribution to the Federalist essays he wrote with Alexander Hamilton and John Jay, he knew his investigation was only partially complete.

When the First House of Representatives closed in early March 1791 (during which Madison was de facto Leader of the House as well as leader of the new Republican Party), he immersed himself in the scientific project he had begun in the pages of the Federalist. In his rented room at Mrs. House’s boarding house on 5th and Market (then High) Street in Philadelphia, Madison settled into his scholarly harness to complete the “little task” he had set himself.

Madison’s self-proclaimed chore was to solve the age-old dilemma that had perplexed political philosophers since time immemorial: how to make republican government — government by the people — both good government and sustainable government.

Needless to say, there were good reasons why Aristotle, Cicero, Locke, Sydney, Montesquieu and others had not yet solved the problems of popular government. Madison’s self-proclaimed “little task” was the toughest political challenge of all.

From early March 1791 until he set sail with his friend Thomas Jefferson on the northern lakes of New York in May, Madison burned the midnight oil in his cramped quarters at Mrs. House’s inn.

During that lonely but productive spring, he read voraciously, took detailed notes, and mentally debated lingering questions with the “great oracles of political wisdom.”

Madison’s goal was to find out what the “great oracles” had ignored or overlooked. The result of this quest, he believed, could show us how to build a republic that would pave the way to freedom, fulfill the hopes of mankind, and vindicate the great experiment in self-government.

Imagine Madison’s excitement as he moved closer and closer to discovering the object of his political philosophical quest. “Such is the government,” he finally declared,

“What philosophy has sought, and mankind has sighed for, from the earliest ages. Such are the republican governments which it is the glory of America to have invented, and its unequaled happiness to possess.

Why did Madison discover this source that made the painfully shy boy so passionately expansive? Can we imagine for ourselves the dream of self-government that so inspired Madison?

No one has captured the essence of Madison’s aspiration to self-government better than the poet Robert Frost. What Madison meant by the American Dream, Frost said, was “self-mastery,” — “a new land [filled] with people who control themselves.

Frost was concerned, however, that the spirit of self-reliance and the strength of self-control were qualities that future generations of Americans might abandon.

Perhaps the progressive desire for greater national government control over our health, the education of our children, and our consciences, or the libertarian demand for immeasurable self-determination, are examples of contemporary paths taken that would have concerned Frost .

“Measurement always reassures me,” Frost wrote. Measure also reassured James Madison. Self-control – it is the virtue at the heart of our civic rights and duties.

It is the virtue that marks the very nature of the American pact. This covenant – our Constitution – requires citizens to practice measured freedom. It is the condition of freedom and the pace of self-government.

A A year ago today, Britain’s three main party leaders issued their famous vow, pledging to continue devolution to Scotland if a vote is not taken in the independence referendum, then just 48 time.

Some saw this as a panic reaction. The Scottish National Party and the Yes campaign seemed to be calling all the shots. Union supporters seemed to be constantly late, playing a constant game of catching up with the moving train of independence.

If, on September 18, 2014, some 200,000 Scottish voters had opted for a yes rather than a no, we would now be in the midst of the most complex and controversial negotiations to create the conditions for Scotland to become a state. independent nation – and to break the 300 year old Act of Union.

Since the referendum, and despite its defeat, the SNP has continued to pull the strings. Indeed, last weekend Scottish Prime Minister Nicola Sturgeon said the SNP would set out in its manifesto for next year’s Holyrood election the circumstances under which it might be fair to call a second referendum on independence.

The first referendum was supposed to settle the issue for a generation. He hasn’t even done it for a year. How did we get to where we are now?

The rise of the SNP in 80 years has been remarkable: since its foundation in 1934, through fleeting successes in by-elections, a wave in the 1970s and the frustrations of the early attempts at transfer under the Callaghan government, to the wild years of the Thatcher and Major years, and to the settlement offered by Blair in his first term – that many hoped to kill the independence movement. Then he skillfully used his power base in Holyrood to reach a point to force a referendum, almost win it and become the story of a general election in the UK.

What, if anything, can the UK government do about this SNP-led march of history? Is a second referendum on independence, leading to a yes, inevitable?

The SNP has overwhelmed the UK on four fronts: politics, politics, personalities and passion.

Its political stance and strategy have always been in the context of its clear and unwavering ultimate goal of Scottish independence. Initially, his political strategy focused a lot on presenting himself as an alternative to the Tories, focusing on the wealthier parts of North East Scotland. It is not for nothing that opponents of the Nationalists have dubbed them the “Tory Tories”. But in 2015, their grassroots policies (such as free university education and higher public spending) targeted the Labor Party and the seats in the central belt.

In turn, SNP policies and politics have been led by a remarkable trio of politicians – Alex Salmond, Nicola Sturgeon, and John Swinney. In contrast, no major figure in Britain’s main parties has been wholeheartedly involved in Scottish politics, preferring to pursue a career in Westminster.

Finally, the SNP showed enormous passion in presenting its case.

What about the future? Now is the time for the UK to make a big, bold, generous and mature offer to the people of Scotland.

This offer has to be – whatever name people choose to call it, full fiscal autonomy or devo max plus – ‘UK home rule’, to use the language of Charles Parnell and William Gladstone.

What would it look like? This could be: the full devolution of taxes and expenditure to the Scottish Parliament and Government, with the exception of reserved areas; full responsibility for domestic politics and spending; full responsibility for energy policy and activity on and at sea; agreement on certain shared responsibilities in the United Kingdom; a framework for maintaining the UK as a constitutional monarchy; a shared economic space with a monetary policy defined by the British Central Bank’s Monetary Policy Committee in which the views of Scotland should be represented; defense and the overall conduct of foreign policy is handled by the UK, but in full consultation.

But it would take three general conditions. First: economical. This arrangement would, by definition, mark the end of Barnett’s formula for public spending as applied to Scotland – requiring a new, fairer formula to be applied to Wales and Northern Ireland.

Second: political. The granting of a much greater degree of UK independence to Scotland – self-government – should have a counterpart in terms of reduced political power for Scotland in the parliament at Westminster. The best and fairest answer to West Lothian’s question is that autonomy should coincide with a reduction in the number of Scottish MPs in exchange for autonomy. This would imply a reduction of perhaps 50% in the number of Scottish MPs.

Third: constitutional. This issue must be resolved for a generation, not for a year or for five years. There may be something to learn from Canada’s experience with Quebec. After its second referendum in 1995 – when the separatist movement managed to achieve only 1% independence – the government reached out to Quebec and sold the benefits of staying in Canada much more forcefully. and passion, as separatist pressure has subsided. .

Those who believe Scotland remains part of the UK must now do the same to ensure that the autonomy agreement is not immediately canceled. And so a long-term agreement has to state that it is for the long term – even if it has to be written into a new union treaty.