1912: Home rule and resistance in Ulster

When the Third Home Rule Bill was introduced in the Commons 100 years ago, in April 1912, it seemed a triumphant vindication of the tradition of parliamentary constitutional nationalism. Parliamentary arithmetic gave Home Rulers the whiplash on Asquith’s Liberal government – ​​the prize, Home Rule.

“If I may say it respectfully, I personally thank God for having lived to this day,” John Redmond, leader of the Irish Parliamentary Party, told fellow MPs. Within reach, the dream. . .

But on the streets of Belfast and Dublin, another story was being written that would overshadow democratic politics at its moment of supposed triumph. Carson joined Ulster; he marched, protested, took solemn oaths of defiance and finally armed himself to the teeth.

And in the founding of the Ulster Volunteers, nationalists would see an excuse and legitimization – though little doubt they would have done so anyway – for their own army, the Irish Volunteers.

In the Commons, the debate would become mere numbers, an echo, of the new forces on the ground in Ireland. The king got confused. The army mutinies. The bill would eventually pass, but its implementation would be suspended due to the World War and an uprising that would change the whole picture. Home Rule would come, but, ironically, only in part of Ulster; independence, to the rest of the country.

The drama of the Home Rule Bill was to be an extraordinary curtain raiser for a decade that changed the face of modern Ireland, ushering in new forces on the stage of Irish history, a new caste of characters, villains and hero, while eclipsing the former with all the tragic finality of the Greek drama.

This supplement, with recent coverage in The Irish Times of the Titanic centenary, is an attempt to capture the context and magnitude of this drama, and its many conflicting tales, a pivotal moment in our collective history. These are the first of many decade-long reports to be collated on a planned website, “Century”, with contributions from many other groups, official and unofficial, North and South, to the national commemorations.

The Third Home Rule Bill is 100 years old today. What did it do? 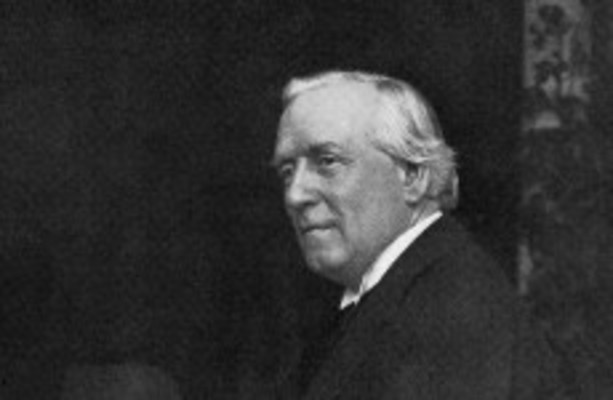 A SMALL NUMBER of events are being held across Ireland today to mark the centenary of the Third Home Rule Bill – legislation considered by many to be essentially the first piece of legislation that ultimately created the Irish state that we know today.

But what was this bill – and why is it considered so important? Let’s try to explain the story behind it all.

We should start with the basics.

The countries had (partially) shared a head of state since 1541 – when Henry VIII quashed Silken Thomas’ rebellion and elevated Ireland from a lordship to a kingdom, and proclaimed himself King of Ireland.

If at first you don’t succeed…

The Act of Union, which came into force in 1801, remained in force throughout the 19th century, despite a number of Irish nationalist movements – Charles Stewart Parnell having succeeded in convincing the Prime Minister of the time, William Gladstone of the Liberal Party, to introduce a bill. which would have undone most of the Act of Union, recreating a Kingdom of Ireland with its own parliament (albeit with limited power) – a concept called “Home Rule”.

Despite Gladstone’s pleas – culminating in a now famous three-hour speech in the House of Commons – this Home Rule Bill was defeated by 341 votes to 311 in June 1886, largely thanks to the rebellion of 93 backbench liberals who opposed the bill because Gladstone had drafted it in secret and without their input.

Wounded by rebellion by his MPs, Gladstone called a general election later that month and lost power. He returned in 1892 and gave it another chance – but again decided to draft his bill in secret, even excluding his own ministerial cabinet and cabinet from any input.

Despite this, the bill was approved by the House of Commons in September 1893, but it was already considered damaged goods. Gladstone’s secret redaction had led to a catastrophic financial mistake, massively underestimating the amount of money Ireland should contribute to the UK budget, while tensions between the Tories and the Parnellite nationalist wing of the Irish Parliamentary Party led to regular fights on the benches of the opposition.

When the Bill was then sent to the House of Lords, the Conservative majority – being staunch supporters of Unionism – were in no mood to be open-minded. The Lords overruled the bill by a vote of 419 to 41 and the motion was again defeated.

In the meantime, although nationalist sentiments remained high in Ireland, British politics underwent greater changes. A dispute arose in 1909 when the Liberals – back in power – pushed a budget through the House of Commons but blocked by the House of Lords (which, due to its composition, had a firm Tory majority), a move seen as a break with precedent.

Two general elections were held in 1910 in an effort to allow the public to decide whether the Liberals or Conservatives should win, each with inconclusive results. In the end, the only way for the Liberals to retain power was to strike a deal with the Irish Parliamentary Party, trading the support of the 74 IPP MPs for another attempt to introduce Home Rule.

What followed was a fundamental change in the British political system: knowing that the only way to break the Conservative majority in the Lords was to flood it with new Liberal life members, the Liberals secured the support of King George V to appoint hundreds of new peers. and secure their majority.

The Tories backed down – happier to retain their majority in a weakened House of Lords than to relinquish their stranglehold on power – and the Liberals pushed through new laws that meant the House of Lords could no longer veto legislation, but only to delay it. The Lords could now only vote against legislation twice: if the Commons approved it three times, it would be sent directly to the King for enactment.

This done, Prime Minister Herbert Henry Asquith introduced the Third Home Rule Bill in the House of Commons on April 11, 1912 (100 years ago today). This Bill created a bicameral Parliament, with a 164-member House of Commons and a 40-member Senate, and also allowed Ireland to continue to elect MPs for Westminster (although the size of Irish constituencies would become much larger, which means fewer deputies).

Although the Lords continued to oppose it – and with significant opposition from Ulster-based Unionists, who feared becoming a powerless minority in a country ruled by Dublin and not the more industrial Belfast – the Commons successfully passed the bill three times.

There was only one problem: by the time he was adopted a third time and could be sent to the king, a bigger problem loomed on the horizon: the United Kingdom was now part of the Great War.

Assuming the war would be brief, Asquith rushed through a new suspensive law which put the provisions of the Home Rule Bill and another law, giving Wales an independent church, on hold until the end of the war. .

The legislation was then overtaken by events. The Great War continued and nationalism was instead expressed through the Easter Rising of 1916. Britain then chose to try to implement Home Rule immediately, but agreed not to. do so unless an agreement is reached on Ulster’s status within the new jurisdiction.

As World War I continued in 1917 and 1918, Britain found itself short of manpower and attempted to tie Home Rule to compulsory conscription – something rejected by all parties nationalists – and when the United States joined the war, avoiding the crisis, the conflict quickly ended. .

But with the Liberals now in power for more than eight years and having delayed the election until the end of the war, a general election was called. The Irish Parliamentary Party lost nearly all of its seats to Éamon de Valera’s young Sinn Féin, whose members boycotted Westminster and formed their own revolutionary assembly. This assembly became the first Dáil and declared an independent country called the Republic of Ireland, a decision which led to the Irish War of Independence.

In 1920 the Third Home Rule Bill (now known as the Government of Ireland Act 1914) was replaced by a Fourth Home Rule Act which divided Ireland into two jurisdictions, the Northern Ireland and Southern Ireland.

Elections were held to the parliaments of both countries, but Sinn Féín de De Valera rejected Britain’s right to pass laws for the Republic of Ireland. Sinn Féin fielded candidates for the new elections, but these candidates instead formed the Second Dáil.

Eventually a truce was reached during the War of Independence and the second Dáil sent a team led by Michael Collins to negotiate what became known as the Anglo-Irish Treaty, which the Dáil ratified by 64 votes to 57.

The result was the creation of an Irish Free State of 26 counties – which slowly ruled out the king’s role and eventually became the modern Republic of Ireland we know today – and the Irish Civil War, fought between supporters and opponents of the treaty.